(The Arms of a Lady)

a TV series of 30 episodes, and the second season of the journey of Aisha Khanum in her ancient house in Damascus.

(Znoud al-sitt) is the moment of elation by the fragrance of Sham (Damascus) and its women's tales and a journey in the folds of a Damascene house, the aromas of its spices and jasmine; and, a moment of love shared by habitants and guests, in which each day creates its own rich stories, crowned by Aisha Khanum's home-made dishes.

Aisha Khanum, as we previously knew her, represents the well-mannered, generous, polite Damascene woman, who takes care of a stranger like her own kin, the doors of her house are wide open to everyone in need, as it has become more like a hotel rather than a house. The guests keep dashing in, each unfolds a new tale, which leads to a delicious unique-taste dish. A tale weaved by Om-Ahmad's wit, and her passion to gain, along with Samar and Hamssa, the two students at the university; and a female guest, or more.

(Znoud al-Sitt) is a journey with beauty, taste, and a smile accompanied by Aisha khanoum's proverbs and sayings; yet each day reveals a dish, a tale, and a smile.

- Aisha khanoum:  Also called Om-annour, a good-hearted and a loving woman in her fifties, who takes care of strangers like her own kin, and turned her house to a hotel; Complying to Om-Ahmad`s will, She represents the Damascene woman in particular, and women in general.

- Om-Ahmad:  A unique-witted woman in her fifties, runs her own small trade, and deals with everything that brings her money, which she adores the most... She also leads the customers to Aisha khanoum's house.

The two girls who live at Aisha khanoum's house:

- Samar:  A coquette pretty young girl and a student at university, who enjoys life and hates studying.

- Hamssa: An extremely serious pretty young girl and a student at university, who likes studying; unlike Samar.

Up to 50 Syrian stars of actresses and actors took role in this season. Their names are mentioned in the synopsis.

The series consist of separate-content episodes, a purposeful social drama and comedy, where by Aisha Khanom receives a female guest, or more in each episode; Filled with love to this ancient place, to a lover, or to an adventure between the aromatic jasmine, woven by Om-Ahmad, Samar, and Hamssa, to form a taste of a show that raises simple social issues, in a sitcom, in addition to teaching a daily dish. 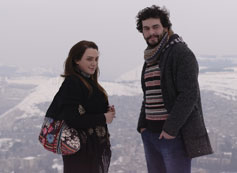 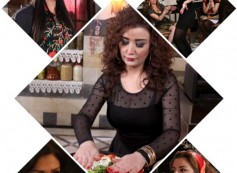 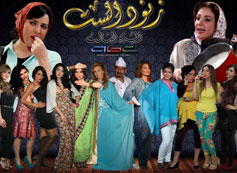 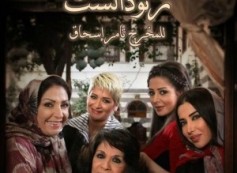 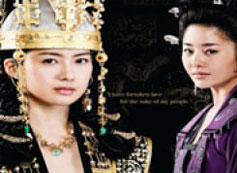 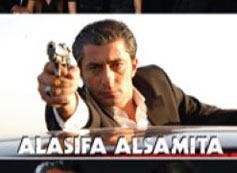