THE MAZE
Back to Categories

Marina is a successful business woman and daughter of, Arkashi, a well-known politician. All her attempts in having a baby have been a failure. Later she meets, by accident, Seryoji, the kid who lives with his grandma and his mother, Albena. She is a young impulsive woman who had her baby in an early age without having any sense of responsibility. Marina tries to adopt the kid while Albena wants to exploit her financially, with Jena’s help, who is Albena’s friend. All that leads Marina up to a chain of events that put her in a dark maze. 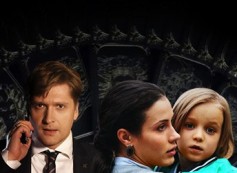