BOLIVAR
Back to Categories

The story of the hero before he became a legend. His name became a symbol of leadership, justice and passion that led him to form an army of soldiers and common people that believed in the ideal of a free land. A fervent man, in the battlefield and in his personal life: the series portrays the details of his stormy love life; his mother's death when he was a child; the death of his first wife a few months after they married; his multiple lovers, when he stopped believing in love; and finally, his passionate love affair with Manuelita Saenz, who played a major role in his revolutionary contend. Bolivar gave his life for his people, crossing borders and leaving an indelible legacy in the hearts of all those who believe in union, fraternity and freedom. 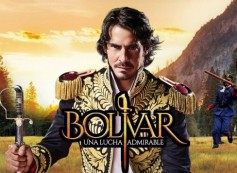